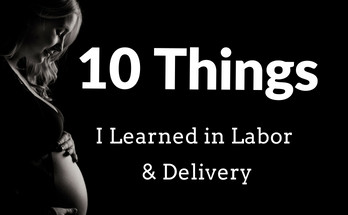 When I found out I was pregnant, I did what a lot of moms-to-be do. I read books on pregnancy, labor & delivery. Lots of books. I wanted to know what to expect during the pregnancy. Mostly I wanted to know what labor and delivery would be like. I think I was secretly terrified, though outwardly I managed to remain pretty zen about the whole thing. I learned all the mechanics of a baby being born. However, there were some things that none of those books prepare you for. Here are 10 things I learned in labor & delivery.

You will read all about having a “birth plan” in books, or on internet forums. There are so many things to consider. What to wear, what music to bring, drugs vs. natural birth, etc. I put off thinking about birth as much as physically possible until the day I was heading to the hospital for an induction. I’m so glad I did, and here is why.

I basically walked into the labor & delivery ward with no plan. Well, I had a basic plan. It was as follows: Get the baby out. That’s it. I didn’t care when or how. I didn’t have a playlist or essential oils. Just get the baby out. There was one additional part to my very simple plan: drugs. I knew from conception that I wanted all the drugs. Judge me if you will, but I basically asked for an epidural at my first OB appointment at 8 weeks.

The benefit to a simple birth plan, or none at all is that often times, these carefully laid out plans fly out the window in the midst of having a baby. Some women get extremely attached to an idea in their mind of how the birth of their baby will be. Then they end up disappointed when it doesn’t go as planned. There is nothing wrong with having a careful birth plan, just be prepared for it to change. 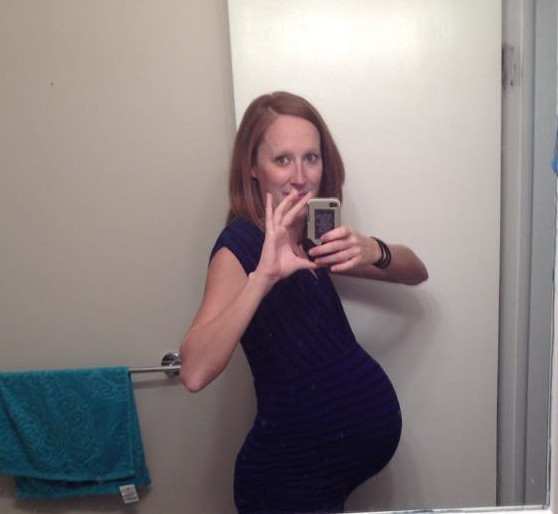 Back Labor is Horrible

I was induced with my son. For those who don’t know, the induction typically starts with a medication being administered to ripen the cervix. Then, hours later, another drug is given to start contractions. Well, again, not everything goes according to plan.

Apparently, my body had a reaction to that first medication. It caused me to immediately (well, 20 minutes after taking the drug) start having contractions. They were a minute long each and coming every 2 minutes. But I didn’t know I was having contractions. You see, my child decided to roll over into a position that causes back labor. The pain does not come and go like the contractions you see on television shows. No. It is a constant ache/pain in the lower back.

Here I was, contracting away, thinking that the hospital bed was just extremely uncomfortable. I was even complaining about it for about an hour before the nurse put me on a monitor and realized I was contracting so severely.

You may be completely prim and proper leading up to the moment of labor & delivery. You may be the shyest person on the planet. However, once you slip into that hospital bed, be prepared for that to be a thing of the past.

I was in labor for a total of 46 hours. I am pretty sure every single person in that hospital during those hours saw everything there was to see of me. This includes the poor unsuspecting people parking their cars in the parking structure outside my window. I know I accidentally flashed that window a show more than a few times. Not that I cared. Which brings me to my next point. 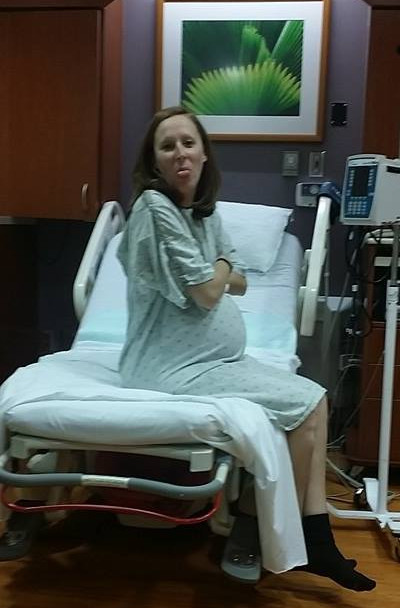 Normally, I am the coldest person on the planet. I could live on the equator and still be found in jeans and a hooded sweat shirt most days. I’m always freezing…unless I am in pain.

I never knew this about myself until labor & delivery. The nurses kept covering me with blankets for modesty. I kept kicking them off. It was hard to not constantly complain about how hot the room was. I later learned that they actually had the temperature down into the low 60’s for me. Did I mention I gave birth in December…in Michigan?!

Labor Involves a LOT More Going In Than Coming Out

Maybe I was a little naïve but I always assumed that labor & delivery was about things coming out of my hoo-ha. Blood, amniotic fluid, a freakin’ baby…everything comes out, right? I never realized how much they try and shove in there!

First of all, more hands than I can count. The constant cervical checks became ridiculous. I feel like everyone but the janitor came in to check me for dilation at some point. Then there was this other medieval torture device called a “foley bulb” they wanted to put up there.

If you are in labor & delivery and someone mentions a foley bulb, take my advice and punch first and ask questions later. Anyway, this horrible little invention is a small balloon type of thing that they insert and inflate. Then tug on it every so often until it comes out. Its meant to help your cervix dilate. In my experience, its complete bull…. This makes for my next transition.

On the first attempt they made to insert the foley bulb of death, I had not one, but two resident doctors in the room trying to get the job done. I say “trying” because they completely failed at it.

Now, I want to preface this story with the following fact. I was not the stereotypical “Screaming, cussing, yelling” pregnant woman in labor. I actually was pretty pleasant and upbeat for most of the experience.

That being said, I am pretty positive I made at least one of the two residents cry as I threw them out of my labor & delivery room. Tossed, ejected, bounced… right out of the damn room. Get out and stay out! And maybe consider a change of careers. One you’re at least semi-competent at. 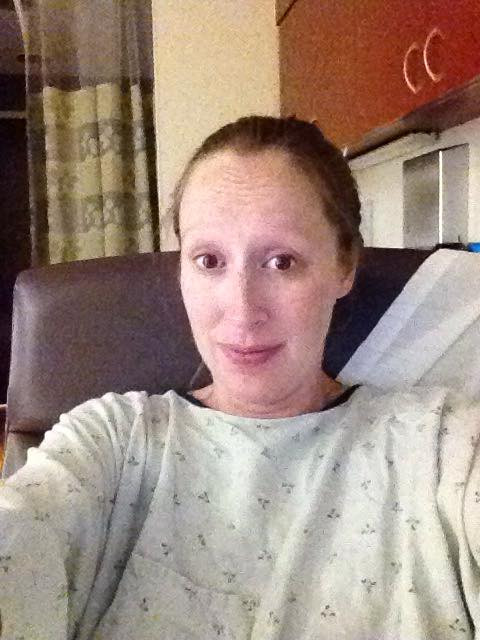 Pitocin is the Devil

Most women are familiar with the drug Pitocin. It is administered to bring on contractions during labor. Its used during inductions, and sometimes during natural labor. What you may not know, is that Pitocin is the Devil himself in drug form.

This horrific concoction brings on contractions. And it brings them on strong. Most of the mothers I know talk of how their contractions gradually increased in strength as their labor progressed. With Pitocin, it isn’t like that.

Don’t get me wrong, because I survived. I conquered Lucifer himself. But it was definitely not my favorite thing.

As scared as I was of labor & delivery, I think I was equally scared of the epidural. Don’t mistake me, I was still getting one regardless, but I was terrified.

Granted, being stabbed in the spine isn’t on my list of all-time favorite activities. Especially when it took 4 attempts. The first three were done by a student the anesthesiologist was apparently training. The final successful attempt was done by the anesthesiologist himself.

I will say, I can not tell you that man’s name, or even what he looked like. But I love him. I loved him in that moment. I love him to this day (over 3 years later). GIVE ME ALL THE DRUGS!

My Husband was the Real MVP

Yes, I was the one with 44 hours of intense, unmedicated contractions. Yes, I was the one eventually rushed into an operating room to have a majority of my guts yanked out to remove a child. But I am here to tell you, my husband was the BEST.

I learned in labor & delivery that my husband knew me and understood me like nobody else in my life. He knew without having to be told that when in pain, I want to be left alone. He knew when I desperately needed his support. Like during the foley bulb torture. I am pretty sure that he still has my handprints on his legs from where I grabbed ahold of him during that attempted procedure. He sat on an uncomfortable and hard bench for 46 hours without barely any sleep and did it without complaint.

Yes, the experience was mine, but he gets the award for it. He was my rock, and I couldn’t have gotten through it without him. 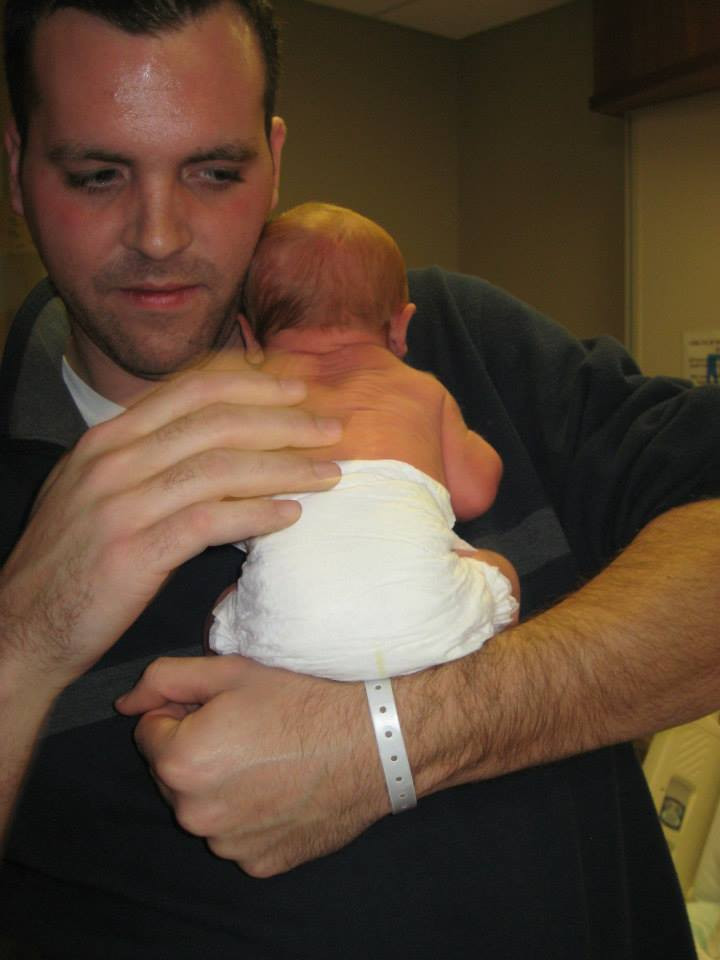 Lastly, I learned in Labor & Delivery to Be My Own Advocate

When I went in to have my son, I just assumed I knew nothing and the doctors and nurses knew everything. But there is one thing that I knew better than all the medical professionals in the universe, and that was me and my baby.

The first night, when I was having an adverse reaction to the medication meant to soften my cervix, my son’s heartbeat began dropping with each contraction. It was around 3 a.m. The nurses rushed into the room. They put an oxygen mask on me. One nurse squeezed my I.V. bag to push the fluids into my system faster. The other held my hand and just talked me through.

That was the first night. I still went another entire night and day before my son was born. Fast forward to two afternoons later. By this point, they had broken my water in hopes that it would help my labor progress. It didn’t. The contractions with the Pitocin were incredibly strong, and I was out of energy. It had been 44 hours at this point since they started. I lost my cool.

I demanded an epidural. No longer did I cared that I was barely dilated to 1 cm. I no longer gave a crap that protocol says no epidural until 4 cm. At this point, I was so freakin’ done. I demanded that my OB be called immediately as well as the anesthesiologist. The nurse made a snarky comment, and I about ripped her head off her neck before she disappeared to make the calls.

The next hours passed quickly with a flurry of activity. Finally got my epidural just in time for my OB to show up. At this point, I’d fallen in love with the epidural man and was feeling no pain. I was able to calmly and rationally discuss my options with my doctor. We agreed that the best course of action at this point would be a c-section. I have a chronic illness, a high-risk pregnancy, hadn’t slept in 45 hours, and wasn’t dilating at all. At that point, my son’s heart rate again began dropping with each contraction and that made the decision for us.

Looking back, I should’ve spoke up that first night. I should’ve asked that my doctor be called immediately. The following days of labor could’ve been avoided, and I had probably put my son at an unnecessary risk. So the most important lesson I learned in labor & delivery was to speak up for myself. I urge every mother-to-be to do the same. You know your body. They may know the medicine, but they don’t know you. Speak up, ask questions, and make yourself heard. 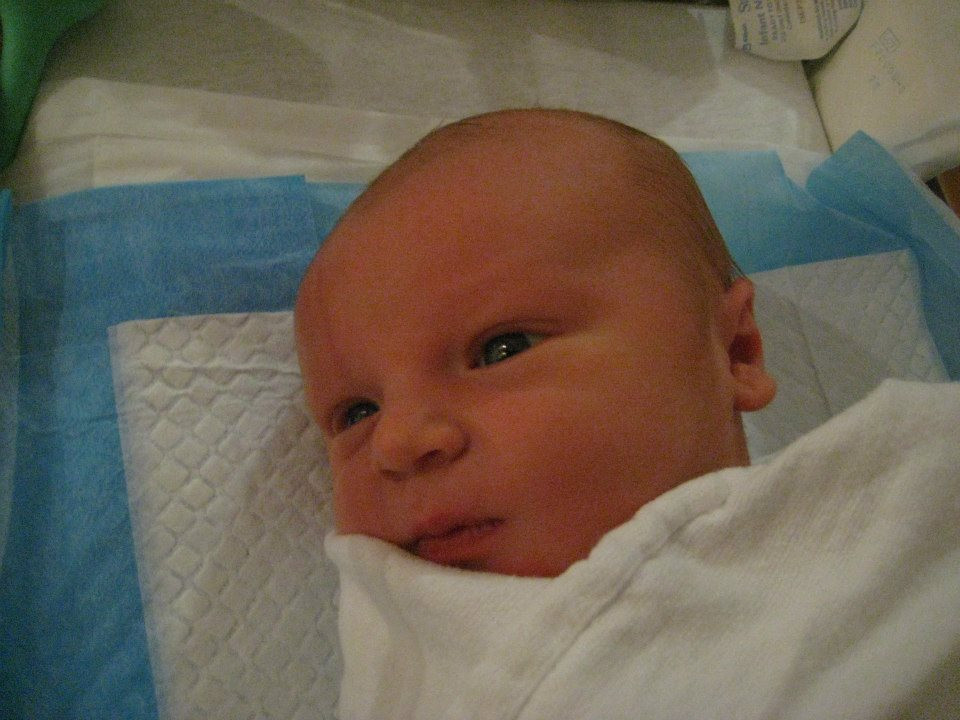 What are some unexpected lessons you learned while in labor & delivery? Leave them in the comments below! 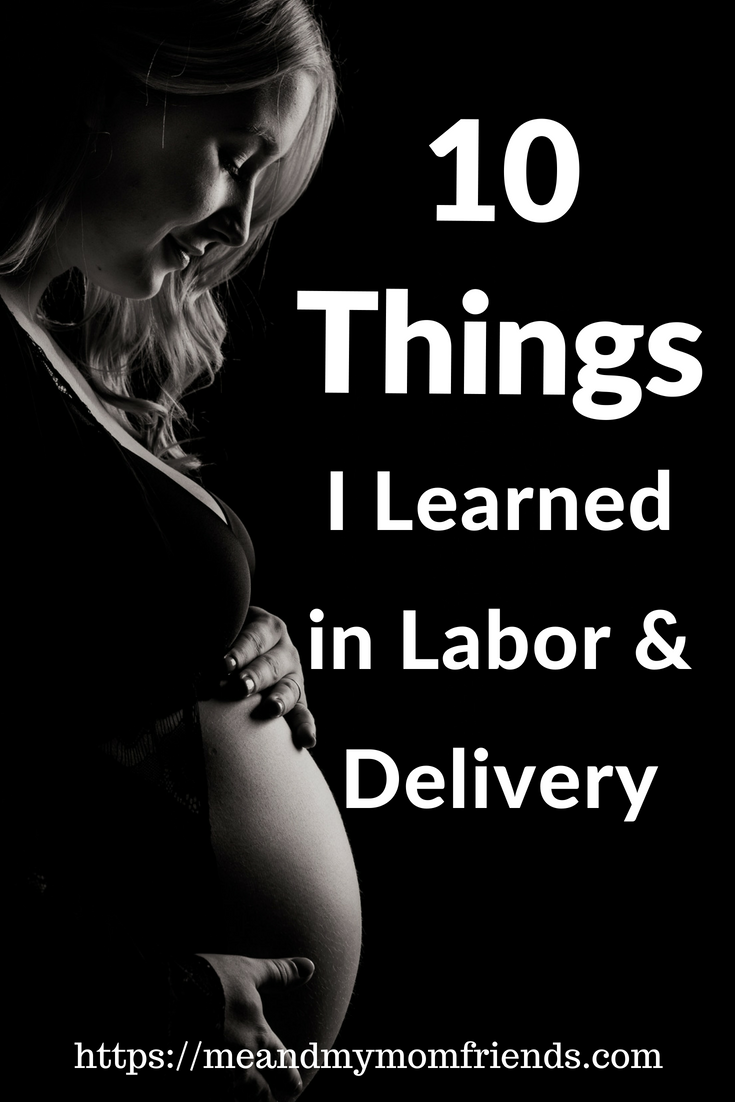 Read 10 Things I’ve Learned About Being a Mom HERE! 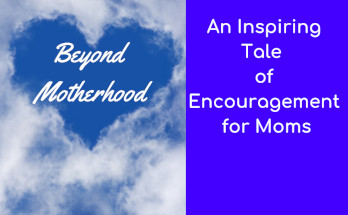 Beyond Motherhood – It’s Never Too Late

A Tribute to the Other Mothers 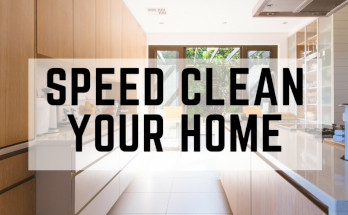 How to Speed Clean Your Home